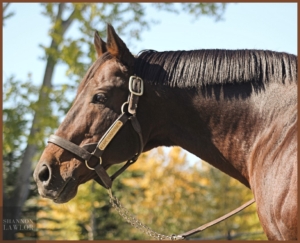 It is with great sadness that we announce the passing of Cape Canaveral at Highfield Stock Farm in Okotoks, Alberta Canada. Cape Canaveral has been battling severe cellulitis and despite aggressive treatment, he was humanely euthanized.

Cape Canaveral stood at Highfield for 14 years and he was the undisputed king of the farm. He was pensioned last fall and has had a year of grazing in his paddock and resting in his stall in the stallion barn every night. He was an incredibly special horse to be around, and the entire team will feel his loss.

Cape Canaveral has been one of the leading sires in Canada since 2008, and he has been the foundation sire for Highfield. Cape Canaveral has 20 crops of racing age, 541 foals, 429 starters, 21 blacktype winners, 315 winners of 1,080 races and earnings of over $17.8 million.

The 26-year-old was one of the last sons of Mr. Prospector standing in North America, and is out of 1990 Kentucky Oaks (G1) winning mare Seaside Attraction. Cape Canaveral won his first start at 2, and went on to win the San Miguel Stakes (G3) as a 3-year-old and won three of four starts before his retirement.

Cape has had an incredible influence on racing in Alberta, and there are six offspring racing in Alberta’s Fall Classic Stakes races on September 10, 2022 at Century Mile Racetrack and Casino.

”Cape has left his impression on all those fortunate enough to have been tasked with his care. His longevity in the breeding shed is a testament to Cal Britton, Amber Jacobson, Jennifer Buck and Kelly Robinson who have impeccably cared for him through his tenure at Highfield. He was the foundation sire for our breeding program and he will be greatly missed.” stated Adrian Munro, President of Highfield.

“Cape was unbelievably special to me. He was all class in the breeding shed, and left us so many wonderful babies,” says stallion manager Jennifer Buck. “We have our final yearlings by him prepping for the Canadian Thoroughbred Horse Society of Alberta sale, and hopefully there will be a few more Champions by him on the racetracks in Alberta for years to come. He leaves a big hole in the barn and in my heart, but his legacy will live on.

Wow! Our team was ecstatic on Sunday after watching the [...]

Oneofthemgirls Who Loves to Win

She’s just Oneofthemgirls who loves to win! Congratulations to [...] 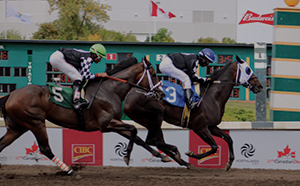 A horse gallops with his lungs, perseveres with his heart and wins with his character.

LOCATED IN THE PICTURESQUE COUNTRYSIDE NEAR OKOTOKS, ALBERTA, CANADA 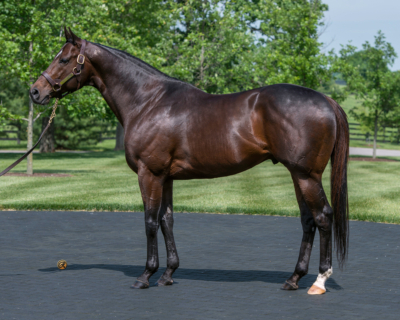 With a primary focus on thoroughbred horse breeding, Highfield Stock Farm is one of the leading consignors in Alberta and represents many clients throughout the province.  Highfield showcases the leading stallions – Fed Biz.