The Influence of Mr. Prospector’s Sons

The Influence of Mr. Prospector’s Sons

The upcoming Dec. 1 issue of BloodHorse will feature profiles of the last four active sire sons of Mr. Prospector, who along with Northern Dancer, became the bedrock of the North American breeding program and are breed-shaping stallions internationally.

As part of our research on the profiles of the last active sire sons—Fusaichi Pegasus , Cape Canaveral , Aldebaran, and Parents’ Reward—BloodHorse compiled the progeny records of all Mr. Prospector sons with at least 45 foals to see how they stacked up against one another.

Out of 265 sire sons, we identified the top 10% by number of black-type winners, number of graded/group winners, and number of grade/group 1 winners. Seventeen sires ranked in the top 10% of all three categories, led by the late Smart Strike, who was bred and raced by Sam-Son Farm and stood his entire stud career at Lane’s End. Smart Strike was represented by 12 sire sons in 2018, including Hill ‘n’ Dale Farms’ Curlin  (who ranks sixth on the general leading sires list) and Ashford Stud’s Lookin At Lucky  (who ranks ninth on the general leading sires list).

Through Nov. 21, Smart Strike has been represented by 1,270 starters and 931 winners. He is the leading son of Mr. Prospector by worldwide black-type winners (131) and graded/group stakes winners (66). The sire’s average progeny earnings are $116,257.

Mr. Prospector sons have been particularly influential in South America. Hussonet, a three-time leading sire in Chile, and Argentina sire Lode have both sired 30 grade 1 winners to date. All of Lode’s grade 1 winners were bred in Argentina.

Five other sires had percentages of black-type winners of 10% or higher—Machiavellian, Kingmambo, and Seeking the Gold are all at 12%, Carson City is 11%, and Smart Strike is 10%. 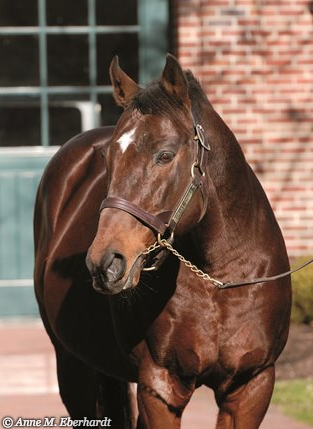